Wooo! First properly hot day of the season and the Canberra Urban sketchers were out sketching! I found a lovely shady spot to set up in and got completely lost in my sketchbook. The location this time was the Shine Dome which is part of the Academy of Science. Affectionately known around town as the Martian Embassy. I had fun with this drawing, but I’m not entirely happy with the sketch as a whole. I think it lacks interest due to insufficient contrast – it’s all very same same. The dome should have been much lighter and with enough variation to show the curve of the dome with more than the outline against the sky. I did have fun, however, imagining that the agapanthus plant in the bed right in front of me was some manner of alien life form out on an exploratory mission. 🙂 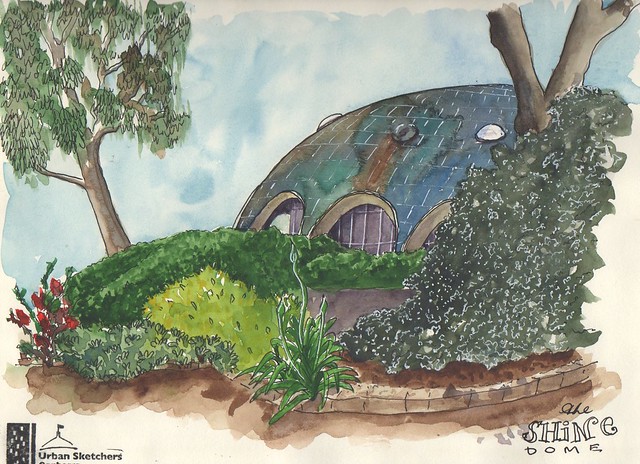 This painting is one that I did as an experiment in exploring composition creation using a number of photos as well as having a go at portraiture in watercolour. Needs more practice, but I am happy for a first attempt 🙂 I used Daniel Smith and Winsor & Newton tube colours on Arches 330gsm hot press paper.